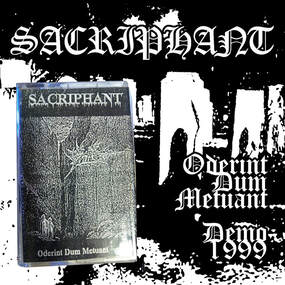 Sacriphant was a short-lived blackened hardcore death metal band that existed from 1998-1999.

They recorded one demo tape (Oderint Dum Metuant, recorded by Mike Z Livingston at Spindrift Studio) in 1999 and played a lot of shows before dissolving.