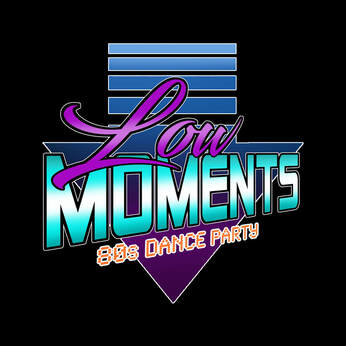 Low Moments formed after the demise of eastern CT sad-metal band Holding On To Nothing in 2017.

The band was originally imagined as 80s gothic rock and featured Charlie Sad Eyes on bass and vocals, Rob Birkbeck on guitar, and Lord Gregory Gates (ex Mourn The Light, Rapture Radio host) on drums.  Not long after, the course was changed to a punkified River Runs Red-era Life Of Agony hardcore band.  Charlie and Rob drafted Sam Sugawara and Young Laken Stokes on guitar and got going.

After playing a number of shows which were attended by tens of disappointed people, and hearing comments like "oh cool, you guys must like Bush and Fall Out Boy," the band ended in shame and embarrassment.  The only recording left from this era is "Plague, Take Me" on the Alternative Control "Volume Doom" compilation from 2019.

Sitting on a whole album's worth of songs, the band brainstormed about what to do next: fire all existing members and get better looking, more talented, younger musicians to write and play new music under a different name?  Or... languish in nothingness for two years, then pick an entirely different genre that no one will understand or appreciate and dive in headfirst?

And so... in 2022, Low Moments has returned to its original concept: the 80s.  With 15+ songs written and recorded, the original members who were alive for the 80s will be hoisting the LM flag again to disappoint dive bar audiences near and not-so far with lofi-low self-esteem synth pop/oldwave.